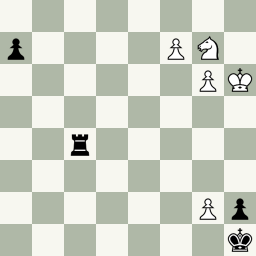 I like Pasman’s first prize, the play is very intruiging and pointed. But I don’t get the logic (purity of purpose) in the logical try.

I have two questions:

1. Isn’t the logic in the X1 vs. X2 choice rather blurred given that the Black defenses are not identical, but somewhat accidentally transpose to similar positions? The logic in the second prize (for example) looks much clearer.

On the same point, with wNc4 and sKg2, 5…Qa1+ 6. Kg8 Qf6 (eg) would draw, so the knight position is not as immaterial as I first thought. In other words: the pin on the seventh rank is not the only obstacle, White also needs to prevent a check on a1!

2. Even if we classify 1. Nh5 vs. 1. Nf5 as a logical choice, wouldn’t it already be determined by the protection against check on the h-line, independently of the X1 vs. X2 lines? That is, wouldn’t purity of purpose be violated anyway?

My personal and subjective choice would be to relegate X1 and X2 to secondary lines. The added value of 1. Nh5 vs. 1. Nf5 is the protection against the check after 1…Kxg2 2. g7 h1Q(+), period. The play in the study with 5. Kh5! is witty enough to do without expansive logic in the introduction.

The purity of aim of Nh5 is not violated.

First, you have to realize that Nh5 stops Black’s logical idea Kg2/Kg1. Look at the position after 1.Nf5. Black has the logical try 1…Kg1 and the basic plan 1…Kg2 which removes the only obstacle (bK). One way to outplay Black’s plan is to prevent it, not allow it happen. That’s what White does here by 1.Nh5 sheltering his king. White’s plan is constructed on top of Black’s plan. Each plan removes one obstacle.

Thank you very much for the explanations, Sergiy. Can you be a bit more precise on what is the contribution of  the X1 and X2 lines to the logical content of the study? I was tempted to see them as mere sidelines to the logical try just 1. Nf5? Kxg2! (1…Kg1? 2. Ng3 etc.) 2. g7 h1Q+.

Do you intend that both white continuations after 1. Nh5 Kxg2! (2. g7?? h1Q+ and 2. Ne3+ Kg1!) fail to a different obstacle, and so the safeguarding plan needs to eliminate both obstacles?

If so, then let us consider the compensation in those lines more carefully. I guess we agree that the intended obstacle is Qh1-b7. In the X2 line, the knight is better placed than in the X1 line. I thought, perhaps mistakenly, that compensation means that an (additional) advantage in the safeguarding plan compensates a disadvantage which the safeguarding plan (here: 1. Nh5) has with respect to the basic plan (here: 1. Nf5). Losing time, giving material, whatever. But very concretely, which value do we exchange against the improvement of the knight position in X2 vs. X1? (wNc3 is better placed than wNc4)

First, compensation. Here’s the same example Grasemann gives in his book to explain the term.

And the compensation in the Black’s logical idea.

Probably you wanted from 1.Nh5 something more than just to improve on the line 1…Kxg2. For example, bring some advantage to the X-position, but simply overlooked that we have here two logical plans: Black’s one and White’s one.

Thank you, Sergiy. The explanation on compensation is clear. Indeed, I did not realize that the compensation in the X-position wrt the white knight position refers to Black’s logical idea.

“1.Nh5 is also pure in aim because here the knight eliminates a single obstacle – check from the promoted queen after 1… Kxg2 2.g7 h1Q. That’s it.”

Indeed, that was also my own perception—see the second question in my first posting. This is why I was surprised that the author did not give 1… Kxg2! 2.g7 h1Q+ (check) as the main line in the logical try 1. Nf5?

Protection from check is just an intermediate advantage. It was more important to show what is the main trophy the both sides fight for – the black king’s position. That’s what the author had to show in the logical try and solution and he did that.

The study begins while white can promote from the first move and instead of that he starts subtle maneuver with the knight from g7 to h1, just for the purpose of sacrificing it in the corner.
All 3 first moves he can promote queen and doesn’t do it ! Instead he continues with initially incomprehensible and paradoxical knight maneuver.
He promotes on the fourth move only after the knight has been taken. On the way there are logical tries (Nf5, fork one line down). We see also the effect of different rook positions (g3/g4/g6) on the result. The king’s position (g1 or g2) is also a logical part of the study – g2 closes the way for the queen to b7. Black has the option to capture and not capture g2 pawn in different lines.
Although the rook sacrifice on g6 is not new, but it is closely related to the idea of the study.
Sometimes one special and paradoxical move is enough to make a study great. In this case there is much-much more.
I really appreciate Sergey Osintsev as a judge, for being able to distinguish subtleties of study.

By the way, I liked Martin’s study a lot, although I am not a huge fan of his style. But this study recalls the days of warfare when tanks and machine guns were not yet invented, and when a valiant cavalry charge could decide the day. Romantic, but not banal.

The fight of the pawn(s) against the black knight in the resulting endgame is also very well connected to the introductory sacrifices.

The second prize, by contrast, has a very different feeling. It has impressive foresight and a paradoxical key, but on the other hand, the play feels a bit academic and there is the exchange on d2. Matter of taste what you prefer, I guess.

Michael, you have won the tournament, congratulations (I still have to look at your study), but don’t make a fool out of yourself by claiming that fourfold world champion Oleg Pervakov is envious of your creative achievements.

Talking about Nowotnys, I like Oleg’s special prize with Stavrietsky (I am in general not a fan of “chess operas”, but this one is cool), as well as Minski’s 1st HM (I find it sufficiently original in spite of Korolkov 1939) and Nielsen’s 4th HM. But I knew those two studies before. I still have to look at all the rest…

Sergiy, if this is the case, then you should by all means submit your original version of the Chess Artistry 1st prize to the WCCI, and not the one proposed by Oleg!

You will certainly be able to explain why Minski’s sketch is bad, Kopylov’s rubbish, and so on. (I haven’t checked for anticipation, btw.) The world is waiting anxiously. 😉

Maybe the original version is better. I don’t like Ba5 in the initial position. It’s a square to play on, not from, to make the idea look better. I’ll consider your suggestion.

Not so long ago Pervakov explained that the reason why he rejected a lighter version of his study for the CFD championship was the dirty trick Martin used in his study. This trick turned his study into rubbish.

I am not sure I understand. Do you mean that 4. Kg8 (“!!”) is secondary because can immediately transpose to the mainline with 3… Qxd4?

(This is what I infer from your reference to Oleg, who rejected the version e5/c3 because Black also has 2… Rf8, eliminating the choice problem Kd4/Ke4.)

If so, I agree, but 3… Qd7 4. Kg8 was never particularly interesting for me. I would not give two exclamation marks anyway. In my view, the main combination with the double knight sacrifice is interesting enough in itself.

If you meant something else, please just explain what was Martin’s dirty trick, so we don’t lose time.

Of course, the position with Qd7 is the main idea. 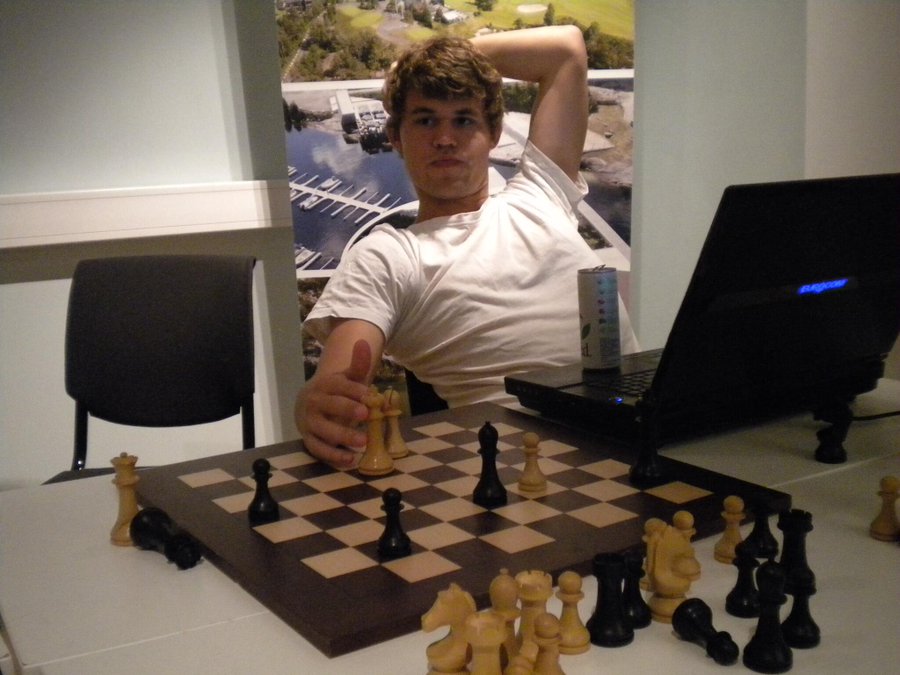